Dragon ancient rhyme wild mountains, Before pressing, So this year the tea is very long, the quality is very good, Barren hills trees fresh tea raw materials since march into the harvest, every leaf has a color cheng deep friendship, great ailaoshan, grow a time-honored ancient ancient tea tree, thousands of village is one of the most famous mountains, is belong to the original wild mountains and rhyme ancient tea, quantity is limited, do manual work is very clean health looked as shown in figure very clean clear, aroma young taste is pure, 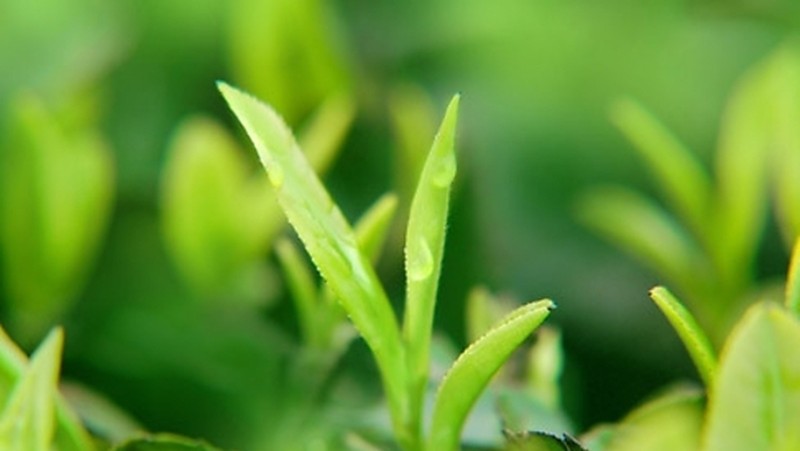 This is in a certain area of yunnan province of yunnan large leaf tea kind of sun oolong tea as raw material, using specific process, after fermentation processed form of Chen fragrant tightly compressed tea. fragrant tea brick from the world of tea source, tea is one of the most primitive, natural, is the ancient tea known as "living antique, can drink of the cultural relics". 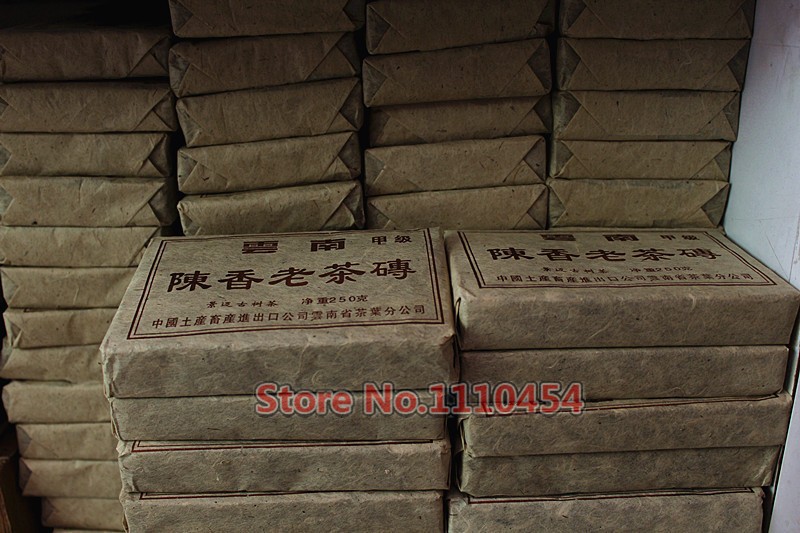 With the date on the back fragrant tea brick is wine making tea, the continuation of the ancient tea culture in yunnan, yunnan unique source of ancient tea land, can let modern people drink to review good pu er tea. 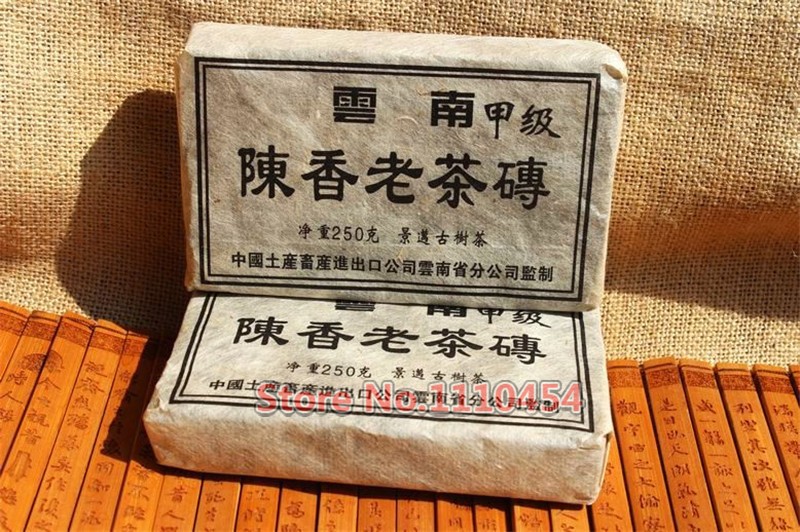 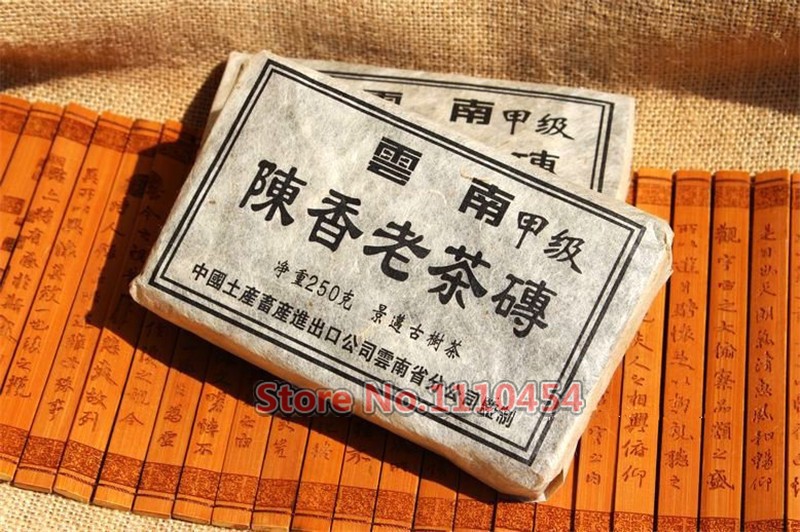 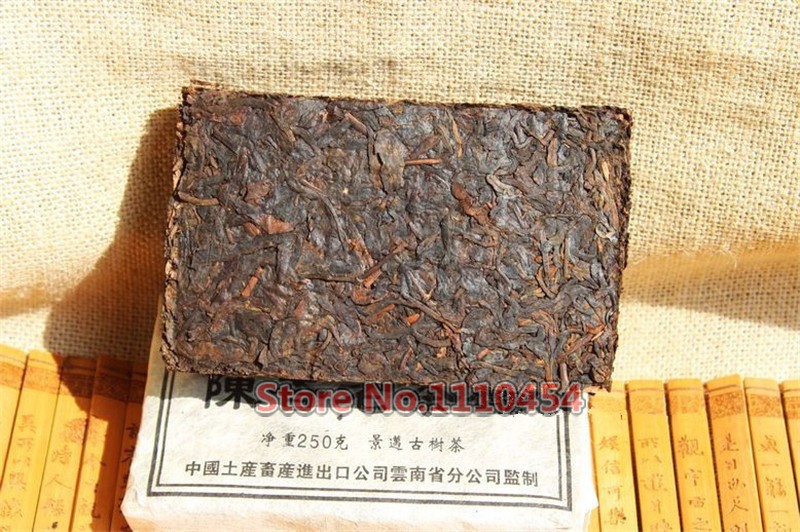 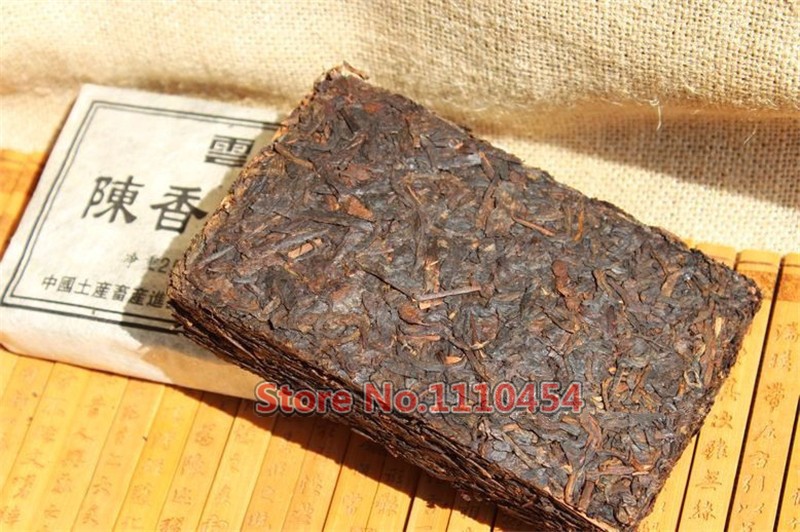 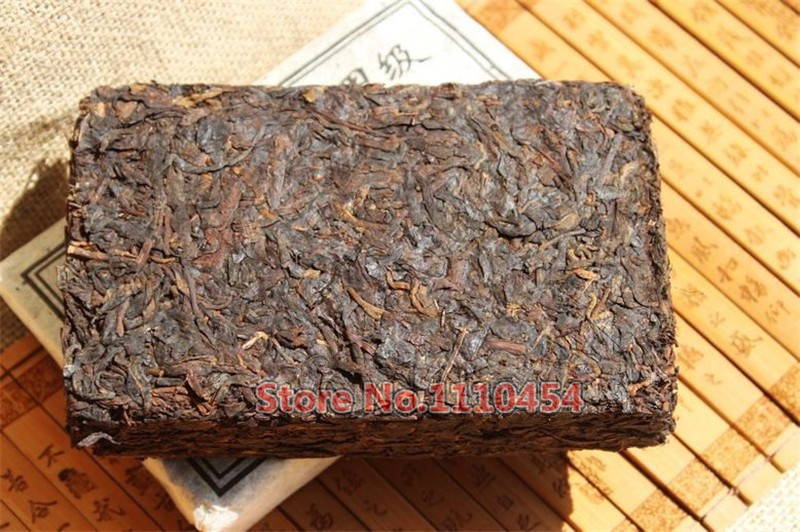 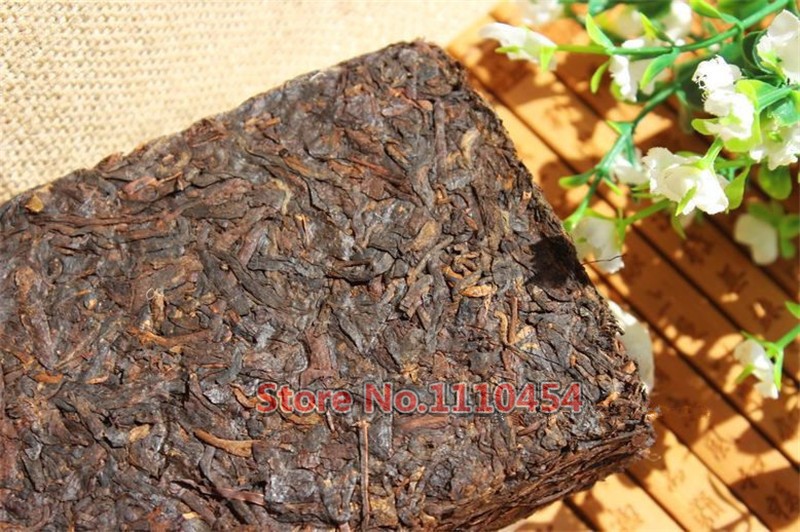 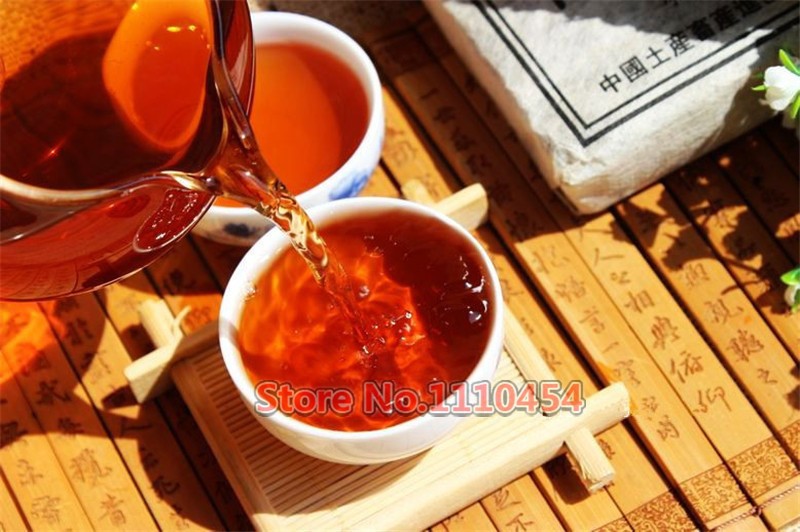 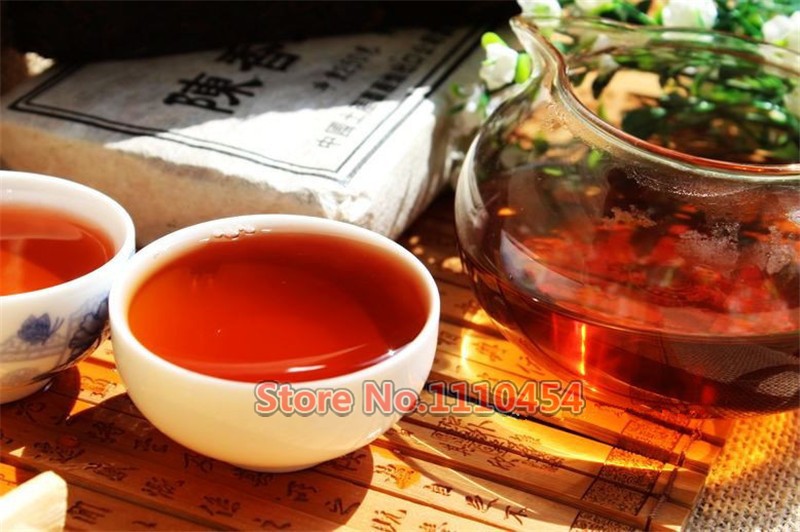 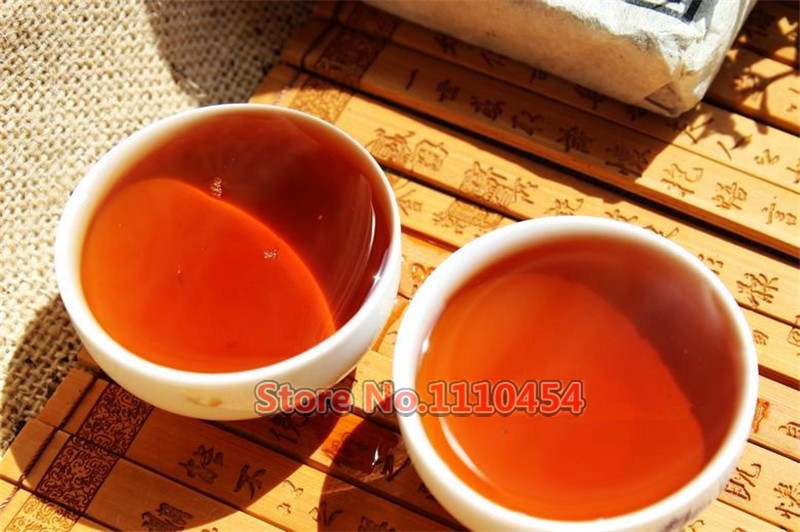 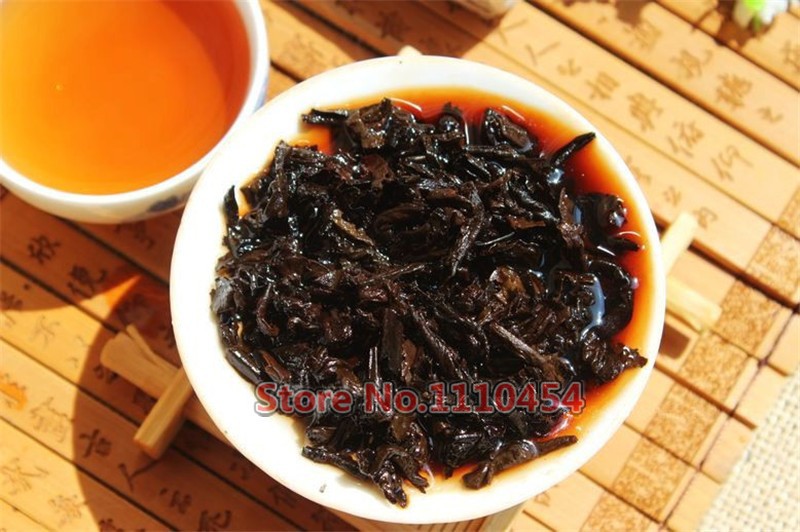 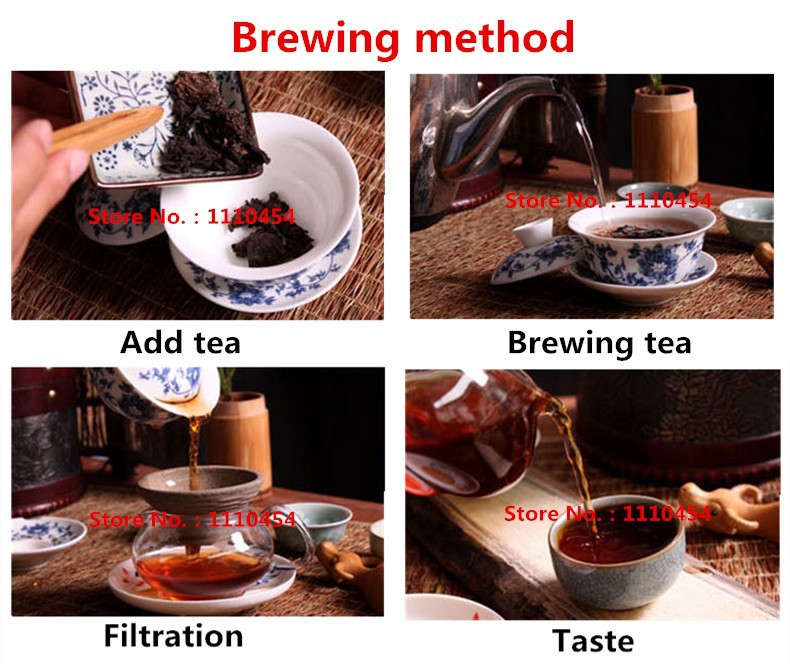 Puerh is a large leafed tea from the Yunnan province in China and has been famous as a medicinal tea. The earliest records of Puerh tea date back to the Dynasty( 618AD-906AD ) when it was the favorite tea of the nobleman of this time. Puerh tea over the centuries has been used as a form of currency in China and an important international trading item.
Puerh tea derives its name from the market town of Pu-er, where it was originally processed and sold. It is said that the unique taste of Puerh Tea was developed because it took weeks to transport the tea leaves by horseback to the town to be processed. During this transportation period the tea leaves would begin to ferment in the humidity and release a strong, fragrant aroma, which people found quite pleasant. A special technique of tea fermenting developed and Pu'er was thus created.
The secret of making Puerh tea has been closely guarded in China for centuries. The tea leaves are collected from growers of a special broad-leaf tea tree, which are said to be related to ancient prehistoric tea trees. The leaves go through two types of fermentation, which gives this tea its unique characteristics; a mild, but distinctively earthy flavour. Puerh teas are much like fine wines, which become smoother and more balanced with age. Puerh teas are much lower in tannins than other teas due to the special processing method which it undergoes.
Effects of Pu'er Tea
1. Decrease the blood fat, lose weight, decline blood pressure and resist arteriosclerosis.
Dr. Amill Carroby, from a college of Paris, French used Yunnan Pu'er Tuo tea to do clinical trial and proved that: “Yunnan Pu'er Tea has a good effect to reduce content of lipoid and cholesterol”. Kunming Medical College of China also observed 55 clinical trials to use Yunnan Pu'er Tuo tea to cure the high blood fat diseases and compare them with 31 cases used clofibrate which has a good effect to incline fat. The result shows that the curative effect of Pu'er Tea is higher than clofibrate. Long lasting drinkers of Pu'er Tea can reduce cholesterol and glycerin fat. So long drinking of Pu'er Tea can have the effect of curative the obesity. Drinking of Pu'er tea can cause physiological effect in stretching human being's blood vessel, descending blood pressure and slowering the rhythm of the heart, etc. So it has a good curative function to high blood pressure and the brain arteriosclerosis.
2.Anti-decrepitude.
Catechin of the tea has the effect of anti-decrepitude. Total amount of catechin content of Yunnan big leaf species tea is higher than other tea species. The effect of anti-decrepitude is better than other kinds of tea. At the same time, during the process of Pu'er Tea, macromolecular polysaccharide transforms into a great deal of new dissoluble monosaccharide and oligosaccharide. The vitamin C increases doubly, which has an important effect to improve the human being's immune system and preserve health, strengthen body and prolong longevity.
Brewing Puerh Tea
To make tea must control the water temperature, which greatly effect the aroma and tasty of the tea soup. Pu'er Tea requests the boiled water of the 95~100.
How much tea can depend on personal taste, generally, 3-5 grams tea properly with 150 milliliters water, and the proportion of tea to water between 1:50-1:30.
For the tea purer aroma, it is necessary to warm tea, i.e., pour out the boiled water immediately for the first time, which can have 1-2 times. The speed must be quick so that the taste of the tea soup can be prevented from influence. While really starting, about a minute the tea soup can be poured into the public cup, and then continue the second. With more times, the time can be prolonged slowly, from 1 minute to a few minutes gradually, which can keep the even density of tea soup.
The Storage of Puerh Tea
Puerh tea has also been lauded as the “drinkable antique”. The flavor and color of Puerh Tea changes when properly stored over a period of time; fresh raw tea brews into a bright, yellowish broth and possesses a strong, almost harsh flavor; aged raw tea brews an amber broth and possesses a mellow flavor. Fresh ripe tea brews into a bright red broth possessing a smooth mellow flavor; old ripe tea brews dark red with a thick mellow flavor. The flavor, quality and value of Puerh tea constantly increases over time with proper storage,and the longer the better.